Chris and Bret had the original rustic wedding. Before Sandra Bullock’s movie “the Proposal” made barn weddings chic. These two had a simple, rustic lake side wedding on family property not far from Binghamton NY. Chris had a heck of a time finding her vendors for details…

This one is an oldie, but a goodie. After all these years (2004!), this is still one of my all time favorite weddings. Both with my work and with the people. I’ve always had an affinity for skater dudes, and they did not disappoint. This was back when I was a lot newer to the wedding scene and most wedding photographers were still SUPER traditional. So old school, that I was still fully photographing weddings on film.

The Groom and all his friends bonded early in life over the skateboard. Before Tony Hawk turned skating cool. When skating was decidedly uncool. Bret and Chris were each independently close friends with Mat. They didn’t meet for years and years… like a movie… missing each other by a few hours at the same party. So, this was a very emotional event for Mat, to watch his two best friends tie the knot. 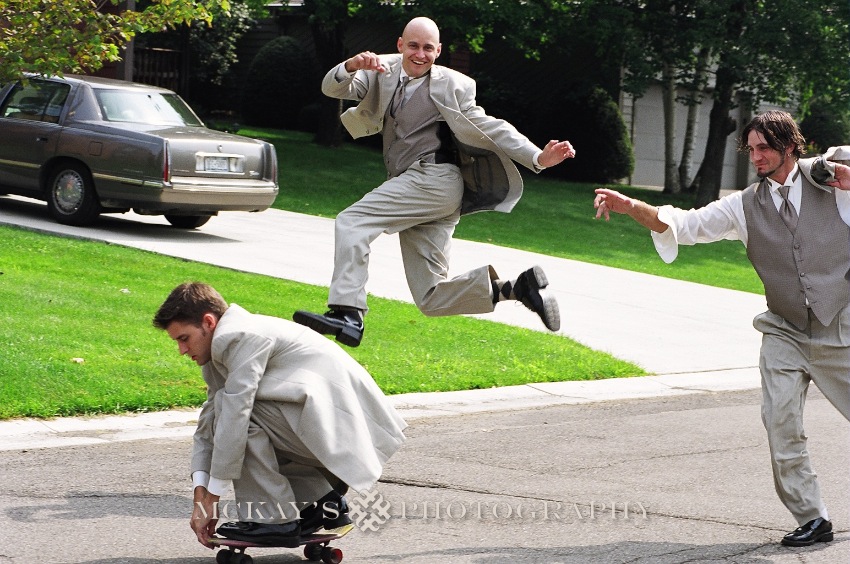 Random bizarre story: My freshman year at RIT (1992), I had a photo assignment for ‘motion’. With my simple camera, small lens and a million feet away, I took some pictures of some skaters that I was too shy to go talk to. I did eventually meet Vin and Shane, who were in the pictures and then later in life, I met Mat, who also went to RIT around the same time as me. So, before Bret & Chris’ wedding, I printed some of these terrible photos out to see if anyone they knew were in the pictures. WELL, wouldn’t you know it… Bret was in the pics! and he didn’t even go to RIT! What??!! 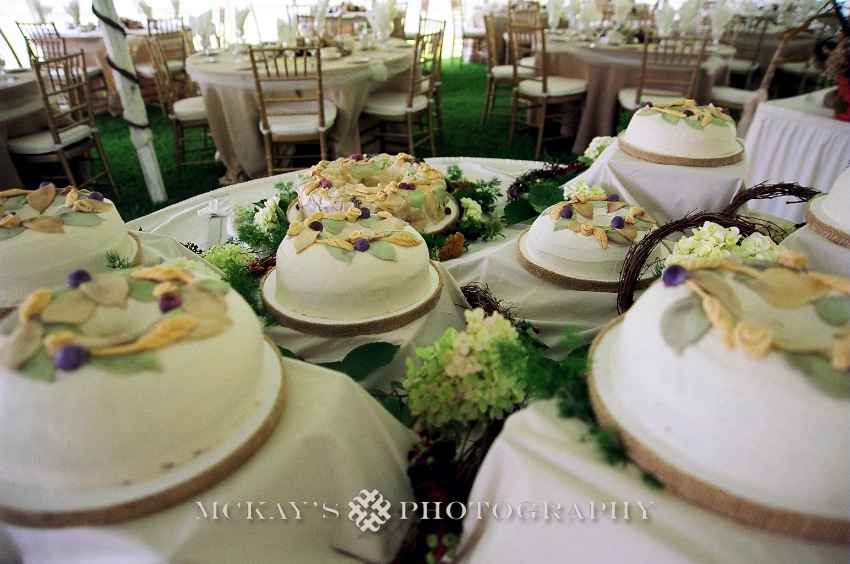 So, I’ll let Chris chime in here about all of her amazing details for her rustic lakeside wedding. It was impossible to find the burlap table cloths, the burlap cake platforms, the gorgeous cake, the wheat and feather filled bouquet…. and my favorite detail… the wedding favors: fresh roasted coffee! YUM. At this time, NO ONE was doing anything like this. Including the several flavors of wedding cakes. I kept trying to talk her into becoming a wedding planner, but alas, she loves her job.

Fun Fact: I ended up doing Chris and her sister Denise’s hair for the wedding… this is when I realized my job as the photographer was bigger than just photographing.

Happy Anniversary, Bret & Chris! It was so much fun to be there and to become friends with you over the years. Love you guys! 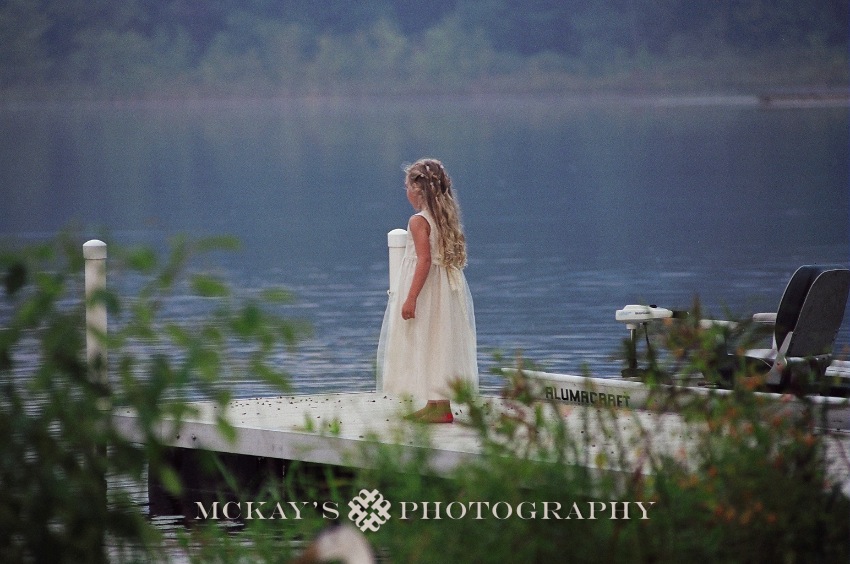 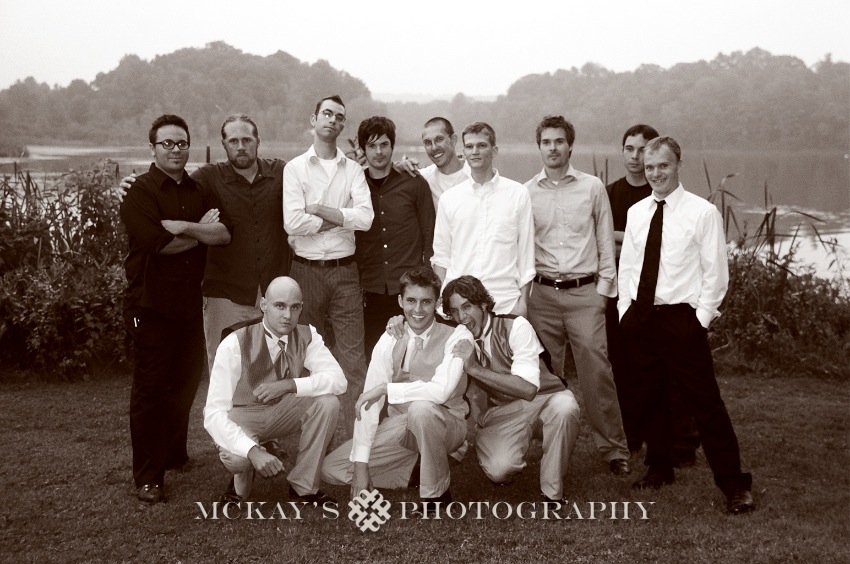 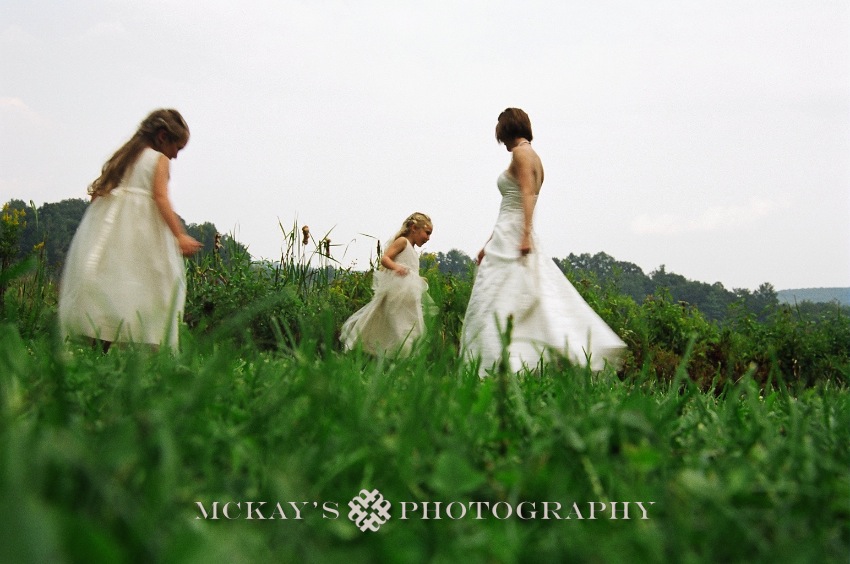 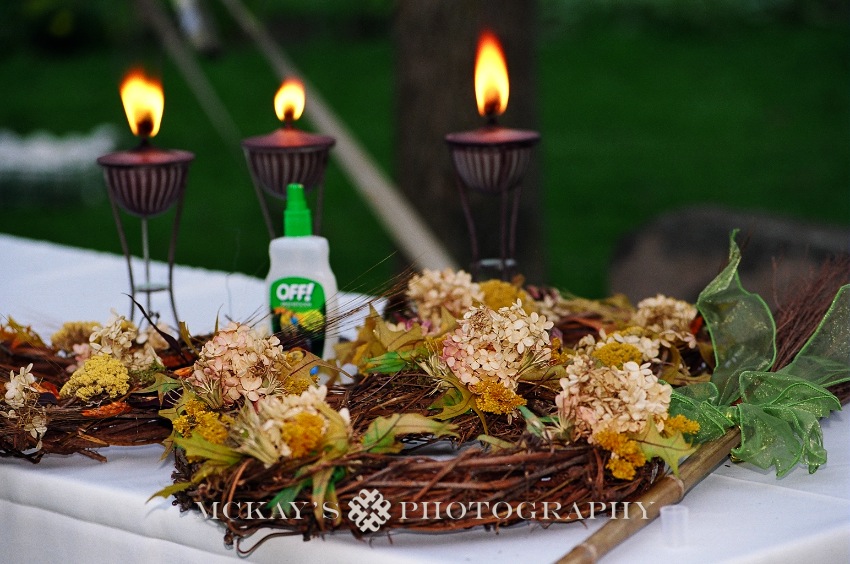 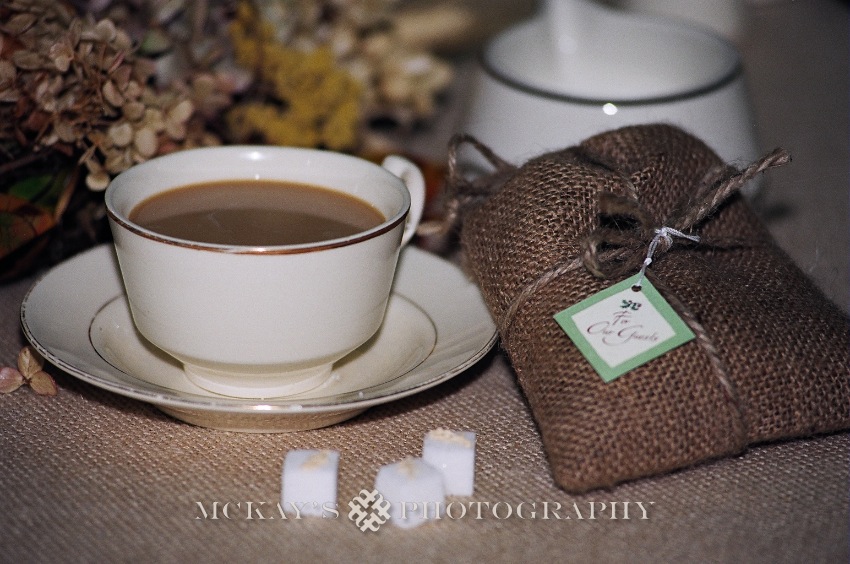 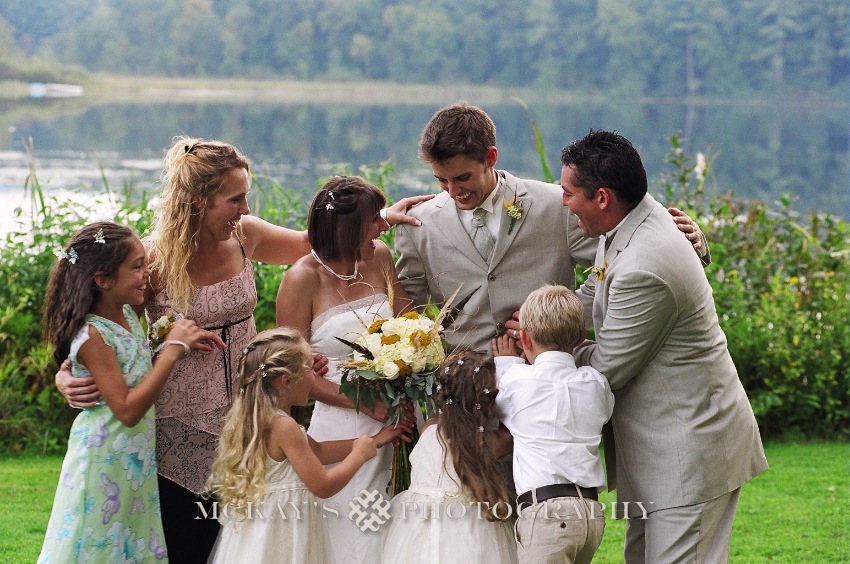 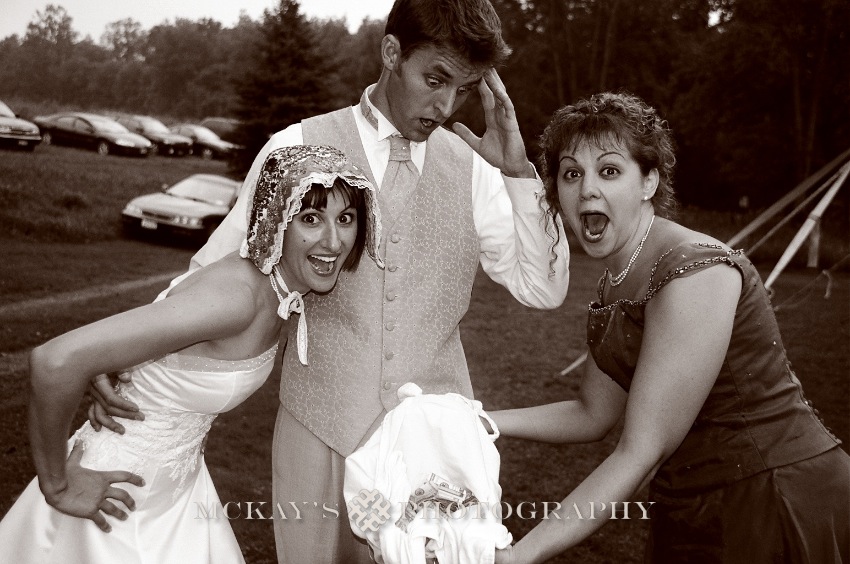 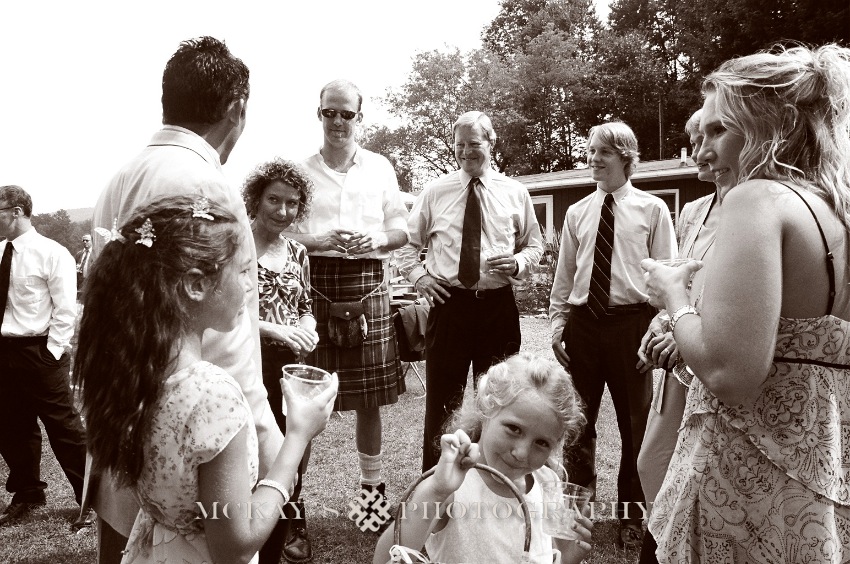 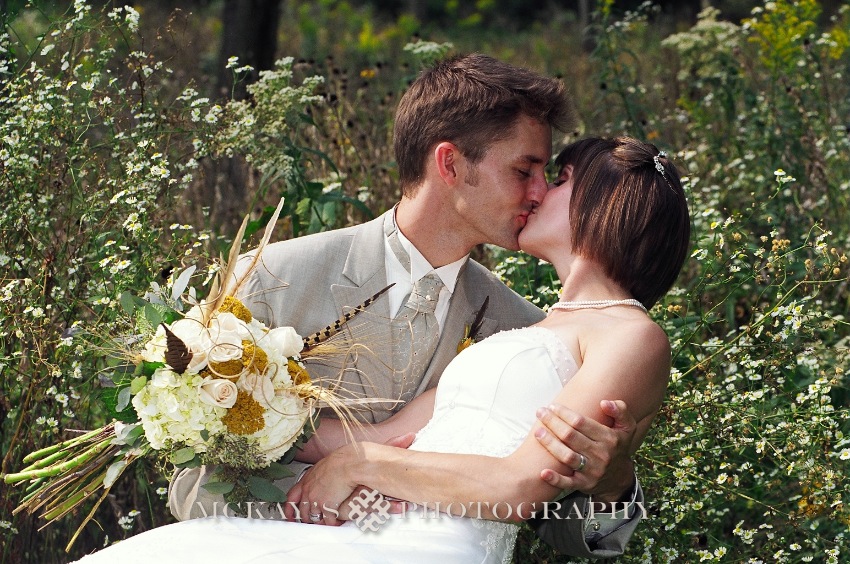 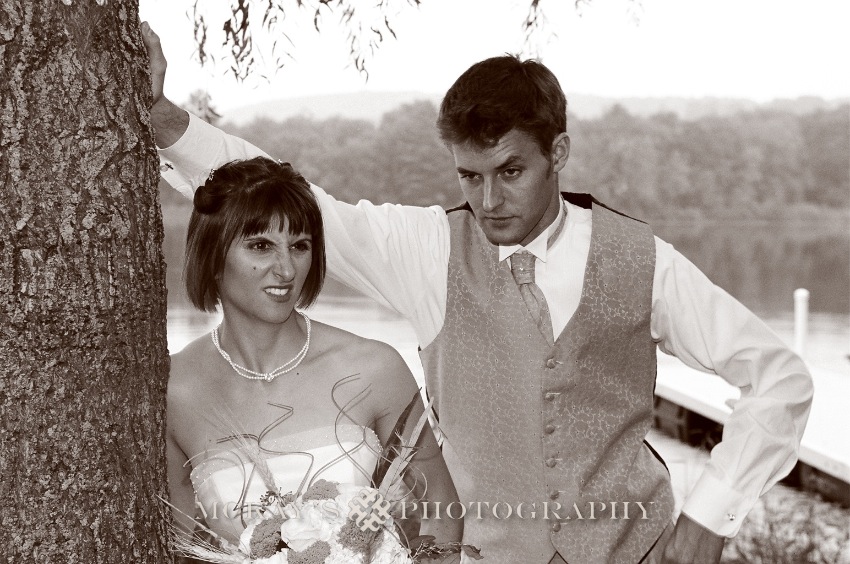 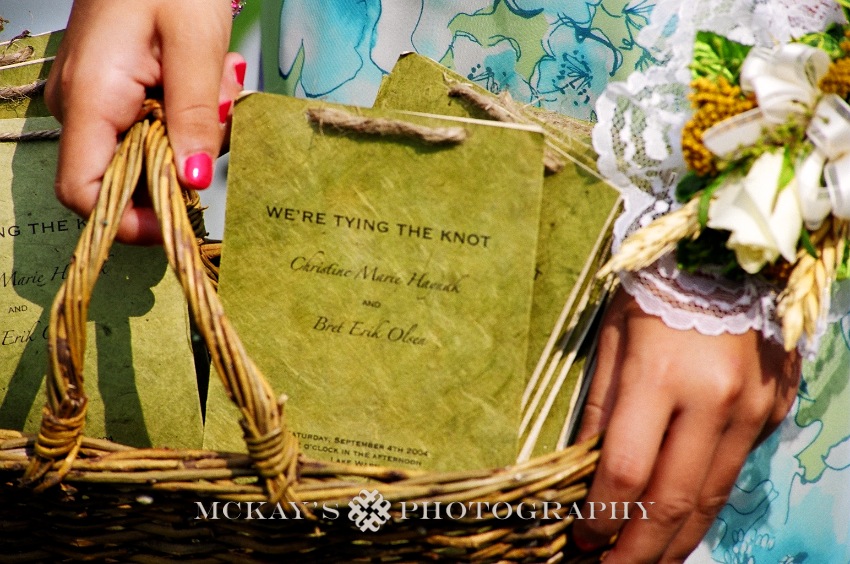 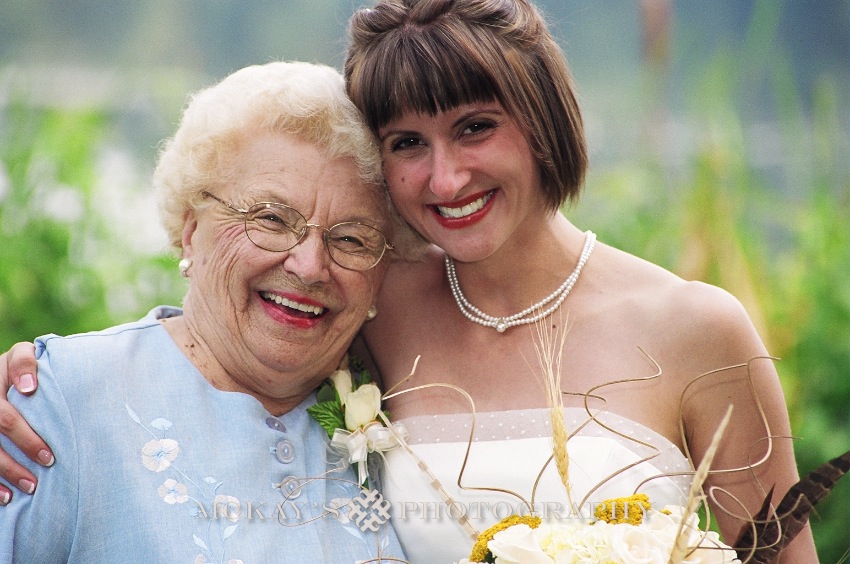 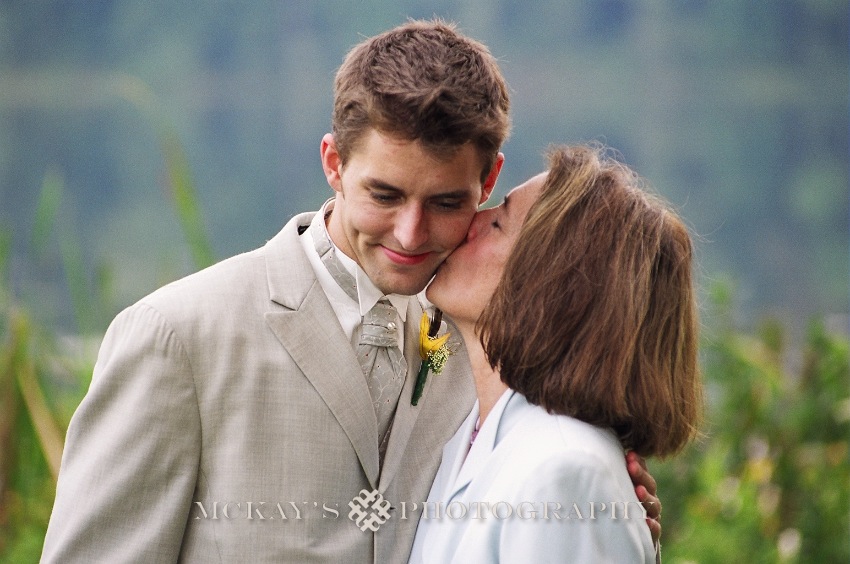 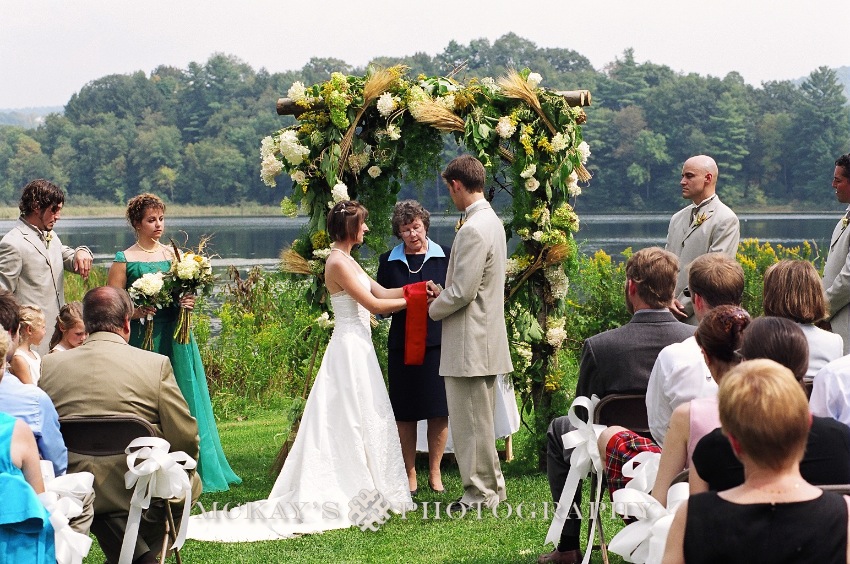 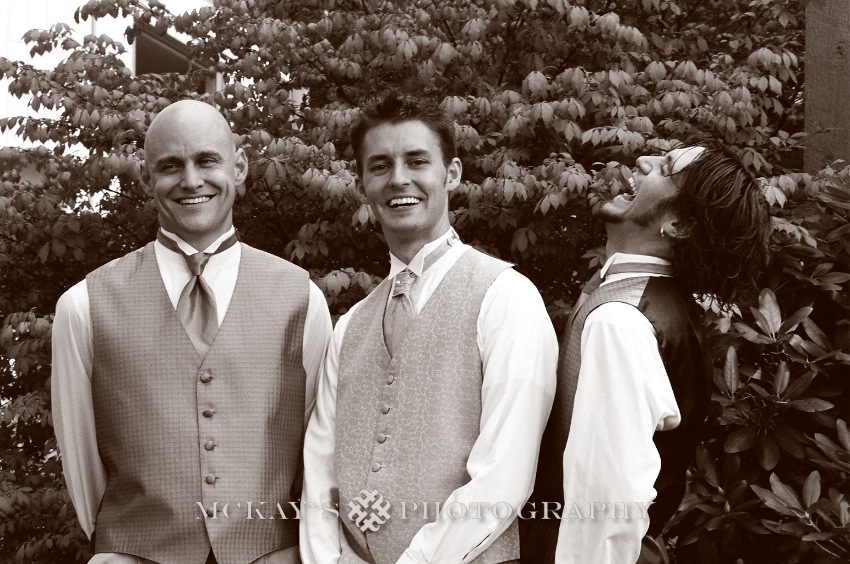